Officer Eaton was named by the McKean County Drug Task Force as its newest narcotic K9 handler and Sgt. Seth Shephard was named as Bradford City’s K9 handler.  Both Rigby and Duke are approximately 1 ½ years old and both are German Shepherds.

Mayor McDonald highlighted the combined efforts of the DA’s Office and Bradford City.  “The fact that the City of Bradford Police Department AND the McKean County DA's office are investing in K9 programs at the same time is exciting news. Having K9 officers available locally is a huge win in the event that assistance is required to locate a missing person or when law enforcement is trying to get illegal drugs off our streets. I look forward to seeing continued collaboration between the DA's Office and our City Police. I'm very thankful to all of the individuals and organizations who helped to bring these highly trained K9s into the fold!”

District Attorney Stephanie L. Vettenburg-Shaffer agreed.  “The addition of two K9s is a huge step forward for our area.  Rigby is trained in narcotics detection and Duke is dual-trained in narcotics and patrol.  The joint effort of the City and the DA’s Office as well as private individuals has made this goal a reality.  I know Sgt. Shephard has undergone extensive training with Duke and his experience as an officer will be transferred to his handling of Duke in the field.  His experience made him an ideal candidate as the City’s K9 handler.  Chief Detective Ryan Yingling, who is the head of the Drug Task Force, had already selected Officer Eaton to join the Drug Task Force when the opportunity presented itself to add to the complement of K9s working under the County Detectives’ Bureau, which also includes tracking dogs.  Naming Officer Eaton as the handler for the Drug Task Force’s newest K9 was an obvious choice.  Both officers are employed full-time with Bradford City and I see them and their K9s working together for the benefit of the City as well as McKean County.”

One step in law enforcement’s ongoing efforts is awareness and prevention.  In addition to their work in the field, the dogs will appear at public events where they will interact with the public.

The District Attorney’s Anti-Drug Campaign directed at children to “Say No to Drugs” includes appearances by K9s at schools and events.  Duke and Rigby will join Drug Task Force K9 “LG” at these events as part of the campaign. The dogs are a way to remind children to stay away from drugs along with a message that police officers are their friends.  The campaign is designed for the children to interact with the officers and hear the message that drugs are bad for them.

For Bradford City, the addition of Duke is the first time in 40 years the department has had a K9 on the force – a welcome addition.

Shaffer and McDonald, along with Chief County Detective Ryan Yingling and Bradford City Chief of Police Michael Ward, thank Sgt. Shephard and Office Eaton for committing to these new roles.  Their dedication to the K9 programs allows the addition of the K9s to be possible.

Both K9s continue with their training. 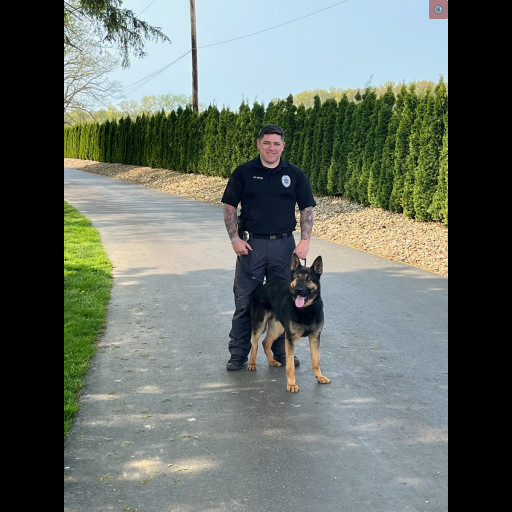